On October 8-9, 2018, MUSE welcomed a delegation of representatives of American higher education institutions, selected by the prestigious French-American Fulbright Commission. The goal was for MUSE to present the transformational effects of the MUSE I-SITE as part of France’s Investments for the Future program and to explore potential future collaboration.

Active in over 155 countries, Fulbright is the largest international education exchange program funded by the American government through excellence grants. Founded in 1948, the French-American Fulbright Commission manages the prestigious Fulbright program, which enables its 22,000 laureates to pursue their projects in the United States or in France, and to play an active role in dialog between the two nations.  Fulbright scholars are involved in every domain, from the arts to economics, education, science, media, and much more, to bring about new fields of knowledge and help find answers to the challenges of our times.

In the autumn of every year for the past six years, the French-American Fulbright Commission has organized a trip for a delegation of American university professors to visit France to reinforce university and scientific ties between the two countries. This year, interested by the structural transformations taking place in France, notably with the Investments for the Future program, they chose Montpellier and its MUSE I-SITE.

There are many interesting exchanges between MUSE partners and the United States. A review of literature conducted by Agropolis International on publications referencing MUSE member institutions in 2016-2017 shows that the USA[1] is ranked in the top position for international collaborations with MUSE members, with 1,654 publications co-signed with American establishments whose standardized CNCI[2] impact is rated at 2.91, which is 3 times higher than the average impact of global publications over the same period and in the same Web of Science (WoS) research areas. The scientific fields most-shared between the USA and MUSE are ecology, evolutionary biology, molecular biochemistry, plant and gene sciences, which correspond perfectly to MUSE’s three pillars.

Simon R. Hankinson, the American General Consul in Marseille, honored the delegation with his presence for part of the visit, which included 12 American executives or faculty, 2 representatives of the French-American Fulbright Commission, and 3 people from the American Consulate in Marseille.

Beyond exchanges focusing on academic and scientific collaboration, the delegation met with researchers and students, and visited the historical and modern Faculty of Medicine sites, including the University of Montpellier’s Anatomy and Atger Museums, Vectopole Sud (IRD), the ECOTRON technology platform (CNRS), the plant product transformation platform (IATE), and the Mas Numérique (SupAgro’s “digital farmhouse”).

[1]Followed in order by Great Britain, Germany, Spain, Italy, Australia, Holland, Switzerland, and Canada, which are the 10 top MUSE partners in terms of co-publications. 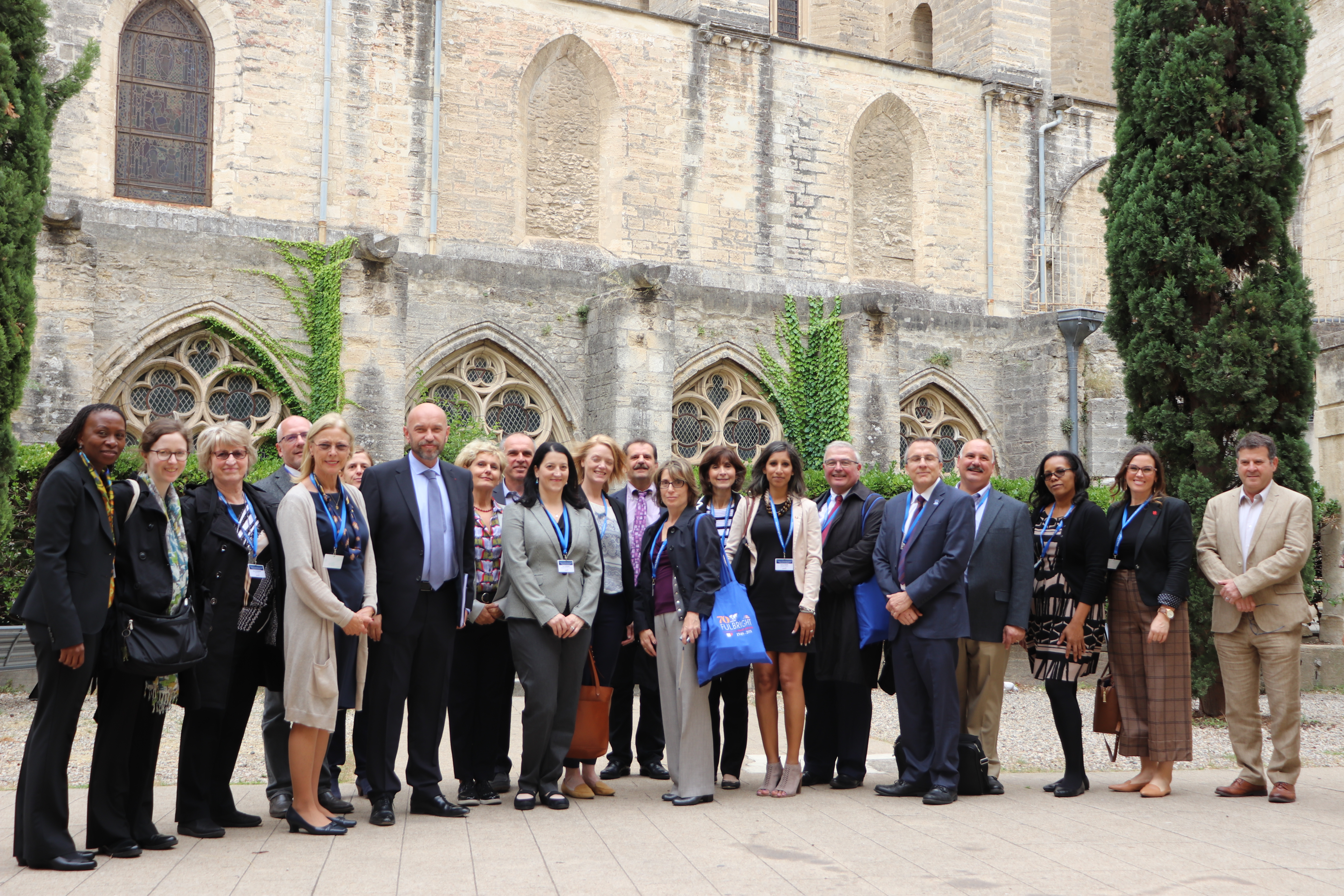