I-SITE MUSE assessment: the international jury validates the continuation of the project

I-SITE MUSE assessment: the international jury validates the continuation of the project

On November 28, the I-SITE Montpellier Université d’Excellence (MUSE) reported on its first two years of existence and succeeded to prove its worth and convince the international jury of the IDEX-ISITE program.

Hence, the Université de Montpellier and its partners were comforted in their collective dynamics, and now aim for the certification’s final perennation in 2021, along with the construction of a university that will be internationally acknowledged for its ability to address tomorrow’s major challenges.

Gathered under the presidency of Jean-Marc Rapp to evaluate both Lyon’s and Montpellier’s projects, the international jury auditioned a delegation lead by UM President Philippe Augé and comprised of Antoine Petit, CEO of CNRS, Gilles Bloch, CEO of Inserm, Michel Eddi, CEO of Cirad and François Pierrot, executive Director of I-SITE MUSE. 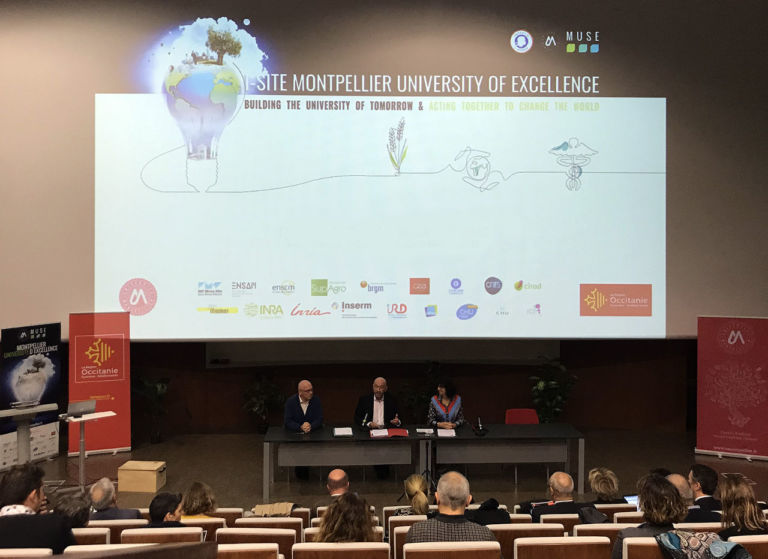