From Harvard University to UM: portrait of Johanna Calderon

From Harvard University to UM: portrait of Johanna Calderon

Work from the heart

A researcher in psychiatry and neuropsychology at Harvard University, Johanna Calderon joined University of Montpellier in January 2021 as head of a scientific attractiveness chair in neurodevelopment of congenital cardiac disease. A first in France.

Johanna Calderon has an impeccable academic record, completing her graduate thesis in three years, holding two post-docs, and obtaining a position as a research professor at the prestigious Harvard University. On top of that, she has been recognized by several awards, including the L’Oréal-UNESCO award For Women in Science, and the Solemn Prize of the Chancellery of Paris Universities. Her list of publications covers three pages on her CV. Johanna Calderon’s latest achievement was her appointment to an excellence chair at University of Montpellier, starting in January 2021.

Her curiosity for children’s cognitive abilities was the starting point for her trans-Atlantic career. Her PhD work in Pediatric Neuropsychology at Necker Hospital in Paris studied the consequences of open-heart surgery on development in young children. Johanna Calderon sought to identify the after-effects of oxygen deprivation in the brain caused by cardiac diseases and surgical practices, with respect to neurocognitive development. Her research on the topic first covered cohorts of three-year-old children, then eight-year-olds.

Johanna Calderon began her contributions to the discipline starting with her thesis and post-doc in public health at Inserm. “My work helped describe the neurological development profile for children born with heart malformations. I identified a list of highly specific disorders that were rarely detected, as the children were generally of normal intelligence,” explains the researcher. In particular, she offered proof of autistic disorders, as well as other attention and behavior disorders.

Covering a middle ground between two disciplines – neurology and psychology – her work cross-checks diagnostics on children’s neurological development with those from standardized psychological tests. This Anglo-Saxon neurodevelopmental approach is mainly quantitative. Her specialization is at the leading edge of congenital cardiopathy in the United States. She crossed the Atlantic in 2015, leveraging her first research results. She first completed a post-doc at Boston Children’s Hospital, then accepted a position in psychiatry and neuropsychology at Harvard University.

“Getting back into French research”

While Johanna Calderon’s work contributes to fundamental research, she is particularly attached to transforming scientific knowledge into clinical practices to improve detection and diagnostics, as well as care. The latter objective is the culmination of her work: improving patients’ quality of life now that their survival is generally under control. Her work addresses a global public health issue, as 1% of all children are born with heart pathologies.

Johanna Calderon is now going to pursue her research in France, where she benefits from a “scientific attractiveness” chair supported financially by the MUSE project, providing funding for both her position and that of a post-doc researcher. The two scientists will be accompanied by a laboratory technician, thanks to support from the Montpellier University Hospital Center (CHU). They will work to help build “neuro-cardiac research covering the scale of a lifetime, from fetus to adult, which is a pioneering initiative in this country,” highlights the researcher.

And Montpellier seems like the perfect epicenter. Projects have already begun with two Montpellier teams: that of Alain Lacampagne, co-director and future director of the PhyMedExp laboratory (UM, Inserm, CNRS, Montpellier CHU), and that of Pascal Amedro, in charge of the Department of Pediatrics at Montpellier CHU. Concerning her return to France, the young woman is quite pleased to come home to her family. She doesn’t hesitate to add that the Languedoc city of Montpellier is a place where she can picture leading a good life.

With regards to the program that is enabling her to come back to France, Johanna Calderon praises “an attractive mechanism for getting back into French research.” While the American system offers access to significant resources, searching for funding demands a lot of energy with no guarantee of research project continuity. She concludes: “The potential for future tenure at a French research establishment will allow me to plan my research over the long-term, throughout patients’ lives.” 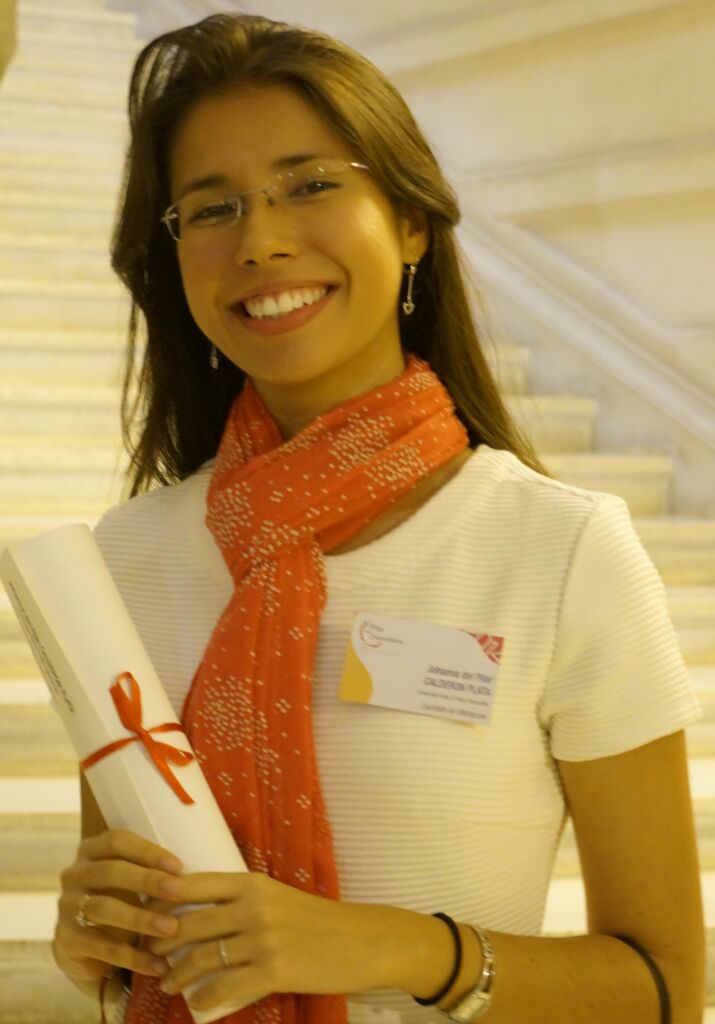