Randall Wisser, a geneticist who combines AI with biodiversity

Randall Wisser, a geneticist who combines AI with biodiversity

American geneticist Randall Wisser recently joined Inrae to design the seeds of tomorrow. His approach is to reach deep into global genetic seed resources and then use computers to model their adaptation to new environments. Based at University of Delaware, his visit to Montpellier was made possible with a grant from MUSE’s EXPLORE international mobility program.

The future of seeds involves biodiversity. While seed geneticists might not all agree with that statement, Randall Wisser stands behind it. Appointed as Research Director at the Inrae Ecophysiology Laboratory of Plants under Environmental Stresses, the American geneticist explains his position: “I am part of the scientific community that is trying to understand the wealth of seed biodiversity, and who knows that an overly reduced culture diversity is most certainly a danger for system sustainability.” Just a few short months ago, he was still working at University of Delaware. He has now relocated to Montpellier to “work in this international agronomic research cluster to meet the challenges facing agriculture due to climate change.”

Since he earned his PhD at Cornell University in New York, Randall Wisser – who, with his typically friendly American style quickly switches to Randy – is fascinated by the complexity of living organisms, notably by observing phenomena of resistance against plant diseases. At the molecular level, he studies the many protection mechanisms by watching variations from one plant to another. The researcher understands that reducing the resistance mechanism to a single gene expression offers far less stable protection than if the plant’s entire defensive machine is mobilized.

Coming from the United States, he works on corn and also studies how to adapt tropical varieties to a more northern environment. The issue is to leverage the biodiversity of indigenous varieties to characterize resistance to specific diseases or drought, which the limited pool of cultivated varieties in the West does not offer. Those characteristics can then be adapted to their new environment. “Our results have shown that adaptation is relatively fast, around ten years,” says Randy Wisser. But something that may seem fast at a research level may feel like an eternity to seed selectors, especially given the context of rapid climate change. That is where the power of computer calculation comes in to play, offering a way to model the evolution of seeds in a new environment. “Thanks to our research, we are simultaneously developing a genomic forecasting technique and a virtual modeling system that we hope will enable us to both reduce the number of years required and adapt the right materials for the target environment,” explains the geneticist.

This skill was the deciding factor for his recruitment at LEPSE.  The laboratory hosts the PhenoArch platform, which is strategic for his research. By analyzing plant response (such as growth, transpiration, and development) at a genetic level with respect to environmental conditions (such as drought, temperature, and light), the platform provides Randy Wisser with a large quantity of research data. At Inrae, he will contribute to studies on the adaptation of exotic varieties to new environments, particularly in the context of climate forecasts.

“The essence of science”

Since he only arrived here in late November 2020, it’s still a little early to really talk about his own adaptation to the French research ecosystem. But his first research visit at Inrae convinced him, leaving him with the feeling that he had found the “essence of science” through teamwork there. It’s not a small compliment coming from someone who admits that, at this stage of their career in the United States, researchers have their own laboratories with the latest equipment. “I think the nature of collaboration is different, as the United States is founded on a concept of independence. At LEPSE, I have the feeling that team dynamics makes the results bigger than the sum of its parts.”

Despite his desire to show the positive side of things, Randy Wisser suggests that coming to France during the COVID crisis was not the easiest thing. He no longer knows whether the fact that he felt like an AirBnB gypsy for three months before finding an apartment was due to immigration or the health crises. But he does remember the surrealistic moment when he brought his wife and two children on a near-empty Airbus A380 flight to Europe. 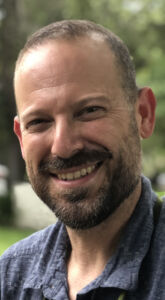