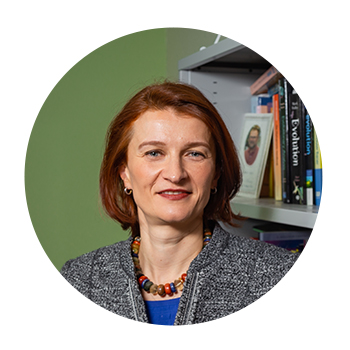 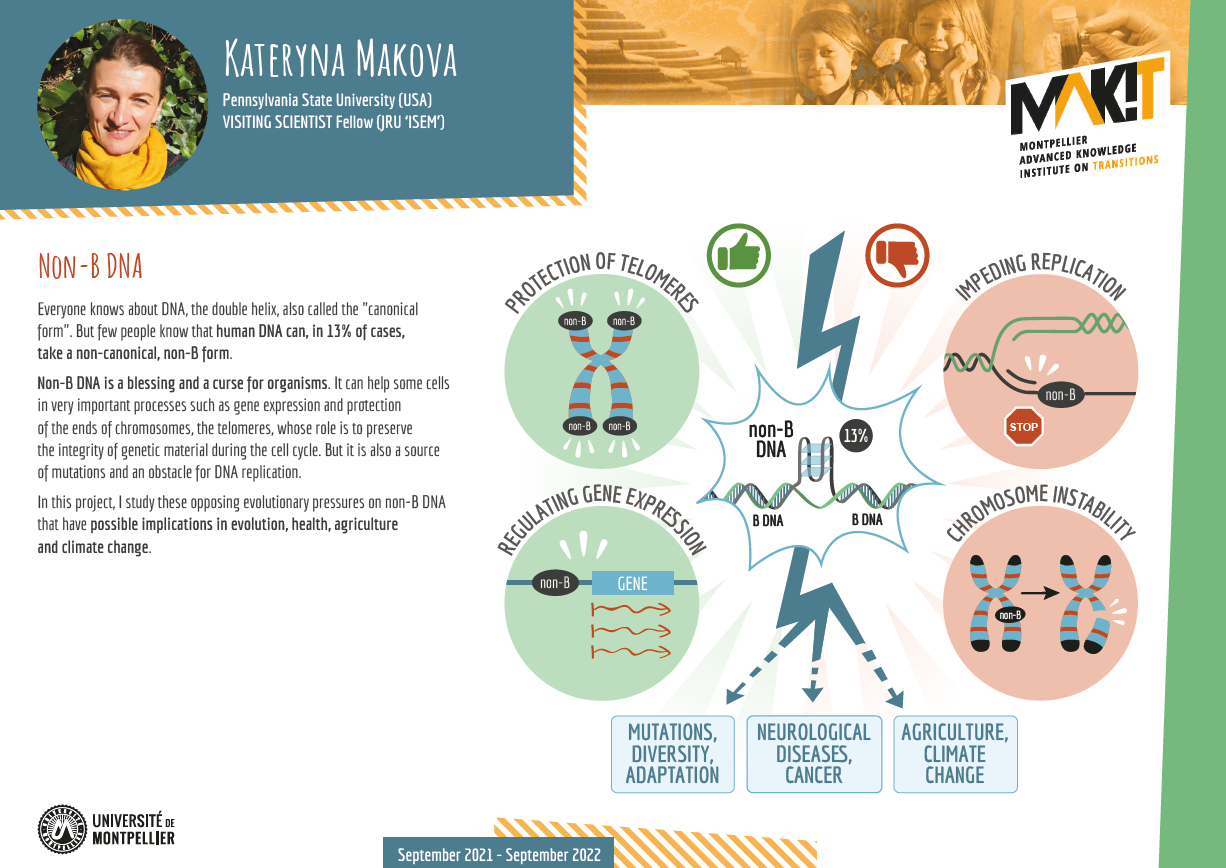 A native of Ukraine, Kateryna Makova received her PhD from Texas Tech University, where she studied the genetic consequences of the Chernobyl Nuclear Power Plant accident. She then completed her postdoctoral studies at the University of Chicago, where she investigated differences in mutation rates between males and females, among other topics.

She has been a Professor in the Department of Biology at the Pennsylvania State University since 2003. Her laboratory conducts research in evolutionary and medical genomics. Current topics of interest include sex chromosome evolution, evolution of non-B DNA, mitochondrial DNA evolution, regional variation in mutation rates, and childhood obesity. The research in Dr Makova’s laboratory is highly interdisciplinary and collaborative. The group collaborates with statisticians, computer scientists, and biochemists.

Approximately 13% of the human genome at certain sequence motifs can assume conformations different from the conventional B-DNA form described by Watson and Crick. Examples of non-B DNA include G-quadruplexes, triplex DNA, cruciform DNA, and Z-DNA. These structures serve important functions in the cell, including facilitation of firing of replication origins, initiation and repression of transcription, and protection of the telomeres. However, non-B DNA can impede progression of polymerases during replication and can lead to genome instability and elevated mutation rates.

In this project, using innovative statistical techniques from the Functional Data Analysis domain, we will model the contributions of non-B DNA to regional variation in mutation rates. Additionally, we will examine whether non-B DNA played a significant role in genome rearrangements during mammalian evolution. Next, we will devise novel statistical selection tests, which will take non-B DNA structural requirements into account, and will identify putatively functional non-B DNA motifs.