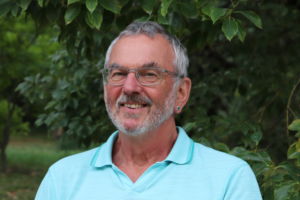 John Porter is an internationally-known scientist with an expertise in agro-ecosystem services, agro-ecology and food systems, with an emphasis on related climate change impacts.

Main author of the chapter on “food production systems and food security” in the Working Group 2 of the Intergovernmental Panel on Climate Change (IPCC)’s Fifth Assessment Report (AR5), he has also published more than 140 scientific papers. Until the end of 2016, he was editor-in-chief of the European Journal of Agronomy.

Honorary Professor in several European universities and beyond, Dr. Porter has won three international prizes for his research, including the Bertebos Prize from the Royal Swedish Academy for Agriculture and Forestry. He was also made Knight of the French Order of Agriculture Merit in 2016.